Our journey to being an "affirming" congregation

On Sunday, 7 May 2017, our congregation vote unanimously to declare ourselves an “affirming” congregation (per the criteria below).

“We affirm the inherent value of all life.

We affirm that all people of any gender identity or sexual orientation have a place of worship, discipleship, and leadership in Castlegar United Church.”

On Pentecost Sunday, we celebrated our affirming designation. 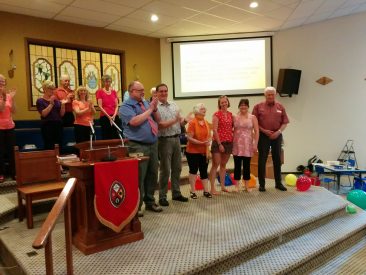 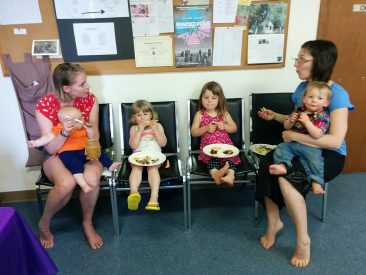 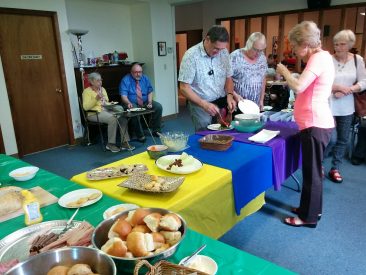 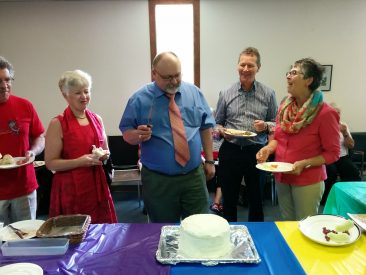 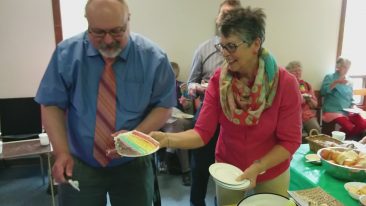 What is an “affirming” congregation?

An “affirming” congregation is one that declares publicly, intentionally, and explicitly that it affirms all people regardless of sexual orientation, gender identity, or gender expression. Ultimately it is about hospitality, specifically toward people whom faith communities might historically have excluded.
The roughly 2-year process that congregations undertake give them time to ask good questions and have meaningful conversations about hospitality, values, gender, sexuality, and affirmation.

Affirm United is an organization of United Church of Canada folks who guide and oversee our affirming process. To grant the “affirming” designation, Affirm United requires the following:
1. An inclusive marriage policy
2. A plan to continue the affirming journey (it doesn’t end with the vote)
3. An inclusive vision statement that explicitly affirms all genders and sexualities
4. An ongoing financial contribution to Affirm United (this is normally approximately $100/year)
5. A public celebration if an affirming motion is carried

The Affirming Committee hosted guest speakers, hosted events, organized film screenings, and so on to encourage us along the journey in thought and conversation.

Members of the Affirming Committee (disbanded May 2017):

How is it different now?

In June of 2007, Grosvenor Park UC Affirming ministry committee sent letters to all the Affirming congregations in Canada asking –how is it different now?
Here are some excerpts from the responses we received: (GLBT refers to gay, lesbian, bisexual and transgender. Now “LGBTQ2” (for lesbian, gay, bisexual, trans, queer, and 2-spirit) is more common, but this is fluid)

“It signals a safe place for those GLBT people outside the church to come in and those in the congregation to come out. “It is not unrealistic to think a life could be saved by providing a safe and accepting environment” (referring to the high suicide rate amongst GLBT individuals)”

“Affirming means you are making a public declaration of your acceptance.”

“It is not sufficient to assume that a friendly welcome means a safe and accepting place.”

“More GLBT people joined the church, though we have not become “the gay church”. -Also an increase number of heterosexual couples with children have joined stating the reason for attendance was the church’s affirming status.”

“Our slumbering souls were awakened to the amount of exclusion that is practised in the church – not just towards our GLBT friends but to differently abled, economically challenged, single parents etc”

“It is a work in progress.”

“Membership can grow.”
“It is a kinder warmer, gentler congregation.”
“Some left the congregation and some returned.”
“Our children grow up in this atmosphere of acceptance”
“There was no community backlash.”
“It was not until I realized the depth of societal rejection many GLBT live with or have lived with, that to risk rejection once more would be unthinkable and unbearable for them. … it was an act of deep faith response based on our belief that we are called by our Creator to act for justice…. The work is on going.”
“It made all the difference in the world…we found people began to venture in who would never have done so otherwise”
To be inclusive can be scary, we have to set aside our fear of the unknown. We have to confront our misconceptions, and our prejudice. We have to take seriously the call to do justice. It is not easy work and it can come at a cost. All of those things can be mighty uncomfortable”
“To become Affirming was equated to a church coming out of the closet.- We became visible and vulnerable. By our signs, symbols and our work we announced to the world that this is who we are, and this is what we are about. There was freedom in that. That sense of freedom released us from being concerned about what others might think of us. And we were enabled to get on with the work that needed to be done…. We have been made acutely aware that all discriminations are equal and linked. “
“We now have gay staff and members”
“At Sunset (United church) consensus does not necessarily mean complete agreement but rather being able to live into a decision – an intention

Most of the meaning I feel in our church comes from connecting with the other people involved in our congregation, as well as the…

I sincerely enjoy my church community, which, since retiring, has become my biggest social outlet. There’s such a positive spirit in the building and…

I arrived in Castlegar about 2 years ago, and was happy to find my new church home at Castlegar United Church. The people were…

I first came to Castlegar United to assist my ageing mother. Then I found a place of my own. Singing in the choir has…

I started attending Castlegar United Church on a regular basis after choosing to have our eldest son baptized. That was 37 years ago. I…